Aliens on the radio! 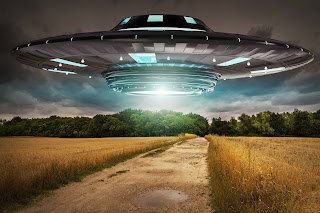 I was interviewed by Lisa Valentine Clark on her podcast a few weeks ago and my segment can be heard right here. We were discussing all things extraterrestrial with an overview of some of the major topics in UFOlogy, spanning from ancient astronaut theories to abductions, Roswell, and the Men in Black. It's a topic I am endlessly fascinated by, both as a sociological phenomenon and in the big "what if" question. Some 7 to 10 percent of UFO sightings around the world are unexplained, so it's intriguing to ponder just what if the phenomenon really could be the manifestation of something extraterrestrial or interdimensional.
Posted by Barna W. Donovan at 9:29 PM No comments: Links to this post

The Neo-Nazi core of the 9/11 "truther" movement 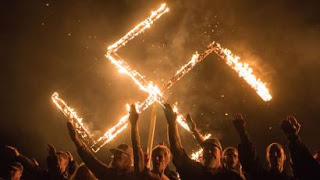 During the recent anniversary of the September 11 attacks, I spent a few days perusing the (all too many) 9/11 “truther” sites and their latest claims of conspiracies and coverups. Now I know what you’re thinking: what do 9/11 conspiracy theorists have to do with the truth. And you’re absolutely right. The inhabitants of the “alternate news” funny-farm have nothing to do with the truth. But just go with me. I did put the word truth in quotes to signify sarcasm.

But I digress from something serious. Perhaps the loudest and dumbest of the “truther”/”alternate news”/conspiracy-theory is no longer even attempting to hide the fact that at the core of this movement is a malignant culture of bigotry and anti-Semitism. So how did you guess that I am writing about the State of the Nation? Although originally the 9/11 conspiracy movement had its fair share of crackpots from the far left—the Bush and Chaney and Haliburton and the military/industrial-complex were behind it all crowd—they had eventually become outnumbered by the anti-Semitic, anti-Israeli far-right Neo-Nazi lunatics. These are the people who believe that the attacks were staged to start wars against Arab nations at the behest of Israel. This is the crowd that used to advance the thoroughly discredited, baseless assertion that Jewish employees of the World Trade towers were told to stay home from work on 9/11.

State of the Nation, of course, still advances this theory, along with every other theory about Jewish cabals, world-wide Zionist subversion, and so on and so on. In fact, if you visit this website, you’ll find a massive, putrid electronic garbage dump of alt-right talking points and links to various Holocaust denying Neo-Nazi sites.

For a closer look, scroll through the archives of SOTN on the right side of their page and look for the following links:

“Here’s how the Israeli puppet masters coerce PM Netanyahu to steal Palestinian land in order to stay out of prison.”

“Was Bolton fired to make room for another rabid Neocon Zionist and confirmed Muslim hater?”

“The dancing Israelis and Mossad: How did they have foreknowledge of the 9/11 attacks?”

“Why has this crazy tribe been kicked out of every country on Earth?”

Perhaps the most repugnant of these links is the last one above, the “crazy tribe” piece. It originates from a virulently anti-Semitic site full of more links to Holocaust-denying books and various sundry bits of fascist propaganda.

And do pay close attention of the content in the “crazy tribe” article. At first, of course, you will notice the grotesque caricature of a Jew. With the large, hooked nose, its sneer, it looks exactly like it could have been lifted from an anti-Semitic propaganda poster in Nazi Germany. But then you must understand the article’s content. It lists incidents throughout history where Jews had been oppressed and expelled from lands as a matter of official state policy. The title of the piece implies, of course, that the “crazy tribe” must somehow have deserved these pogroms. They must obviously be at fault if they had been oppressed so often.

So yes, the legacy of 9/11 must include a quest for the truth. The real truth is that a barbaric attack on the United States by Osama bin Laden’s al-Qaeda terrorists is being exploited by hate mongers and home-grown Nazis. Another enemy is attacking the U.S. now and they are called conspiracy theorists, “truthers,” and the purveyors of “alternative news.” These people need to be exposed, opposed, and, as the FBI correctly stated not too long ago, called the terrorists they are.
Posted by Barna W. Donovan at 8:03 AM No comments: Links to this post