My first novel to be released on July 16

While this is something that has been in the works for a while, I now wanted to announce that my first novel, CONFIRMATION: INVESTIGATIONS OF THE UNEXPLAINED, will be released this July 16 by World Castle Publishing. It will be available in both print and electronic formats from all booksellers.

This is a project that I am particularly excited by because World Castle Publishing gave me the opportunity to combine several of my main interests from fictional entertainment to concerns I have written about as an academic and media commentator. A science fiction/suspense hybrid, the story focuses on an unexplainable event that shocks the world and the chaotic ripple effects it sends through societies everywhere. Much of the chaos is caused by the fear-mongering of unscrupulous conspiracy theorists.

So keep an eye open for more updates on the book, a cover-reveal coming soon, excerpts, and more cool things.

But as the jacket copy will read:

THE EVIDENCE OF ANOTHER WORLD IS HERE...

In Mount Shasta City, California. In San Francisco. In New Jersey. In San Diego. Then in Scotland, in Italy, and Cairo. In dozens of locations around the world, 20-ton granite globes suddenly appear. They usually turn up overnight, sometimes in remote locations and other times in the middle of cities in places no one could have put them without detection. For the first time, the world is witnessing a truly unexplainable phenomenon.

AND THE THREAT IS REAL...

As Rick Ballantine and Cornelia Oxenburg, cast members of the low-rent supernatural reality show "Confirmation: Investigations of the Unexplained," quickly realize, the globes' greatest effect is the way they make people speculate about their origins and purpose. Some think the globes are placed by aliens. Others think it's all a hoax. Many more fear sinister government conspiracies behind it all. But each of these points of view believes they're absolutely right...and others who disagree are dead wrong...and dangerous...and must be dealt with by any means necessary! Before the true, incredible origins of the globes is finally revealed, the "Confirmation" cast comes to see the extremes people are capable of when their beliefs are challenged and threatened...even in their own group.

Posted by Barna W. Donovan at 4:58 PM No comments: Links to this post

How to Deal With a Professional Scumbag 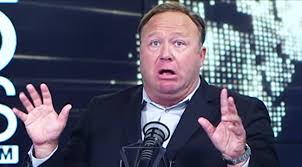 If anyone was still doubting that conspiracy theorist Alex Jones is one of the most vile human beings around today, his rantings about "false flag" attacks and "crisis actors" being behind mass killings like the Colorado theater shooting, the Sandy Hook, Las Vegas, and Parkland shootings, and the Boston Marathon bombing should erase all doubts in any sensible mind. And they should erase all doubts in any one with any tiny sliver of human decency.

Now notice that I didn't write anything along the lines about his rantings being "demented" or "delusional" or "insane." Alex Jones is among the lowest dregs of humanity exactly because he is completely sane and knows what he is doing. His bovine manure about these crisis actor conspiracy theories, accusing grieving families of lying about the loss of their loved ones, are carefully calculated to rile up a very specific sector of society - the disaffected, the ignorant, those with significantly diminished intellectual capacities, the fantasy prone, the losers of life who need to look for scapegoats to blame their lot in life on. People like this are Jones' bread and butter and he knows exactly what he needs to do to keep them listening to, watching, and reading his bilge. These people need to have their siege-mentality paranoia fed and Jones tells them exactly what they want to hear. They want to hear about the Illuminati and the New World Order and the Bilderbergers and the International Bankers coming after them to enslave them and throw them into FEMA camps in Area 51 and under Denver International Airport. Jones provides these losers with the exact product they are looking to consume.

Except these losers have been subjecting the grieving families and survivors of these mass killings to vicious harassment and threats. And Jones knows this. He has known this for years and kept stoking the rage of these conspiracist morons with no regard to the viciousness they are capable of.

Except now the victims are fighting back. Jones has been hit with defamation suits by the people he has been tormenting. As this excellent op-ed piece explains, ignoring conspiracy theorists no longer works because it mere emboldens them. Since Jones and his sleazy ilk love words like "war" and "fight" and battle, it's time they were given the war they have been asking for.

This article will definitely be a tool I will be using in my own classes on conspiracy theories to do my own small part through academia to combat this sort of reprehensible conspiracy sewage spill that has been polluting American culture.
Posted by Barna W. Donovan at 8:19 PM No comments: Links to this post

What If Agent Scully is Really the Good Guy? 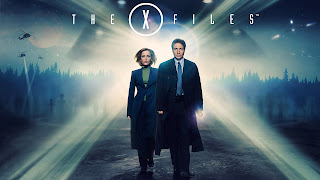 So I just finished binge-watching season 11 of The X-Files and reflected on my changing feelings about this show and its characters. To be sure, I was a devoted fan during its original run, watched the two theatrical films - own both of them on DVD - and I was looking forward to its season 10 revival in 2016. I was curious, though, if the revival could be pulled off effectively given how every sensible person today should be leery of anyone calling himself a conspiracy theorist. Can conspiracy-believing Agent Mulder still be seen as admirable in an age where conspiracists are propagating offensive nonsense like "crisis actor"" theories and their most visible public representative is a bloviating charlatan like Alex Jones?

It was interesting to see that at the start of the season 10, the show was kind of aware of this. The Internet conspiracy theorist character (Joel McHale) appeared to be the sort of unhinged nut a writer would create if they tried to pay homage to Alex Jones. One couldn't help but completely side with Scully in the scenes where the McHale character unspooled his claims of far-reaching, all-powerful cabals and their diabolical plots. The show could have taken a fascinating opportunity to examine the dark side of the conspiracy culture and conspiracy entertainment itself. It could have made a more pointed commentary about when we cross the line between healthy skepticism of authority and a delusional world of post-fact fantasies so much of American culture is sinking into.

As of this writing, there is still no word from Fox about whether the show will be renewed for a 12th season. The ratings for Season 11, after all, have been declining. Could the reason for this be that viewers, too, are coming to realize that conspiracy theorists are no longer the good guys?
Posted by Barna W. Donovan at 5:44 AM No comments: Links to this post