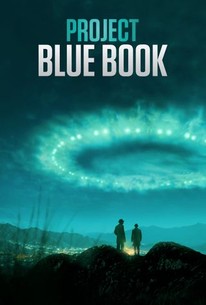 And now for something completely different…a few of my impressions of the new History Channel series, “Project Blue Book.”

I’ve seen the first two episodes of this series and as someone who used to love the X-Files (even as my skepticism of large-scale conspiracies grew), I am so far liking it. It is a good-looking series boasting some nice production values in its recreation of the early 1950s. I also like its quiet, silently menacing tone. It, so far, appears to be a show that wants to reward the patient, attentive viewer who is willing to invest his time in following the unfolding of a complex narrative and layered mythology. I hope the show will continue on this path of low key, subtle mystery and not devolve into ever more garish, hysterical conspiracy theories and over-the-top action. There is a place for action in the proper context, but “Project Blue Book” would be more interesting if it stays on the path of menace, mystery and unease.

The show is a very loose dramatization of astronomer J. Allen Hynek’s side gig as a consultant for the U.S. Air Force’s three major UFO-study projects: “Sign” (1947-49), “Grudge,” (1949-52) and “Blue Book” (1952-69). As the title of the show makes obvious, it focuses in on his “Blue Book” years. Hynek would become famous for being perhaps the most prestigious member of the scientific community to publicly declare that he had come to believe that the UFO phenomenon was the manifestation of something truly unexplained, perhaps extraterrestrial visitations or something extra-dimensional. He would also coin the UFO-encounter classification system of “close encounters of the first kind,” “second kind,” and “third kind.” He even had a cameo appearance in Steven Spielberg’s iconic film, “Close Encounters of the Third Kind.” Interestingly, Hynek was originally a staunch skeptic for decades when it came to the issue of UFOs. Throughout his years consulting for projects Sign and Grudge, he would enthusiastically debunk claims of UFO encounters as misidentifications of natural phenomenon. He had also famously dismissed a series of sightings in Michigan as being caused by nothing more than “swamp gas.” The swamp gas explanation of UFOs had become something of a punchline in the debate of the phenomenon.

But it was during Hynek’s time with Project Blue Book that his view of the phenomenon changed. Prompted by eyewitness testimony he had grown to trust as being credible, made by competent people whose character was beyond reproach – as well as his realization that some 11% of professional astronomers claimed to have seen unexplainable aerial phenomena – Hynek had become a staunch believer in the otherworldly nature of UFOs. He would eventually found the Center for UFO Studies in Chicago.

So I am curious as to the approach this show will take toward the claims of government cover-ups and vast conspiracies. The real Hynek, of course, would claim that the Air Force and top-level government officials also suspected the extraterrestrial nature of the UFO phenomenon but they were set on denying it from the public. But TV shows and movies have already shown perhaps literally hundreds of iterations of the “vast, shadowy government conspiracy to hide the aliens.” I am curious about where this show will go.

It would be interesting to see the show differentiating between a cover-up – the U.S. military wanting to hide that fact that it knows nothing about the true nature of this unexplained phenomenon – and outlandish conspiracy theories about back-engineered alien UFOs in Area 51.

I will admit that I am very much open minded to the idea of intelligent alien life somewhere on other planets. Scientists having detected scores of Earth-like planets over the last several years, it only makes logical sense that life would arise elsewhere in the universe. I am even open minded to the idea that intelligent, technologically advanced alien races have discovered the means to interstellar travel and visited the Earth. A significant percent of UFO sightings have never been satisfactorily explained.

But it is the outlandish conspiracy theories I found completely unbelievable: the back-engineered UFO theories, the alien bases under government installation theories, the claims that aliens made deals with the governments of the Earth to abduct humans for ghastly experiments in return for providing our scientists with fabulous technological secrets…which said scientists have kept secret for some reason. As if incredibly advanced alien visitors would actually need to make deals with the Earth’s leaders.

But J. Allen Hynek himself was the proponent of a very conservative and strictly rigorous scientific analysis of the UFO phenomenon. I am certain that today he, too, would be appalled by what the “conspiracy community” have come to believe as the gospel.

And I’m sure J. Allen Hynek would detest Alex Jones.
Posted by Barna W. Donovan at 8:35 PM No comments: Links to this post

And the mystery persists!! 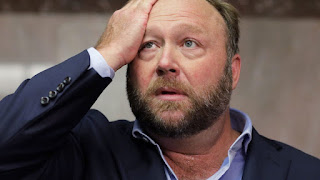 So this article is a quick overview of the legal hit Alex Jones just took from a group of Sandy Hook parents. Apparently he needs to turn over marketing and financial documents in the parents' group's lawsuit against him. This is information that could reveal the deliberate campaign Jones waged against the survivors and parents of the Sandy Hook shooting, accusing them of being a part of conspiracy to stage the attack as a "false flag" event and being paid "crisis actors."

This is the very least Jones deserves in perhaps the most despicable display we have seen from the modern conspiracy community. Still it's interesting, isn't it, that the New World Order of the Illuminati is merely taking Jones to court, rather than making him disappear "mysteriously" from the face of the earth? Such sinister plots, after all, are what Jones has been accusing the "elites" and the "insiders" of, right?  So why is Alex Jones still alive?? I just can't figure this out!
Posted by Barna W. Donovan at 7:49 PM No comments: Links to this post 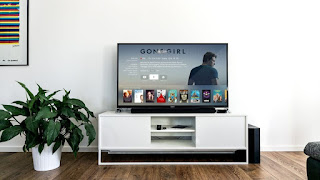 We do it, it feels so good, and then we feel so guilty afterward. Right?

After this post, in fact, I think I will log on to CBS All Access and watch several episodes of "Hawaii Five-0" I missed. Then there's the "Strange Angel" miniseries I started watching and need to get back to. Oh, and then there are the season 2 episodes of "Stranger Things" on Netflix and I already can't wait to see the new season of "Lucifer" when it premieres also on Netflix.

Yup, I can completely get addicted to bingeing TV and I admit it.

So check out my quotes in this article about the psychology behind binge watching. It covers some interesting material, including mental health issues both in the real world and in the fictional world of all the binge-watched shows. For example, there do seem to be more and more shows where major characters contend with mental problems in ongoing storylines. As I comment in the article, this is commendable. It's good to help lift the stigma off of mental and emotional problems, to show major characters - often heroes and all sorts of admirable protagonists - being able to deal with mental problems and disorders and live productive lives.

As for whether or not there are dangers in the binge watching trend, I am not entire convinced. The way in which entertainment and information is being consumed is merely changing right now, thanks to streaming technology. To immediately pathologize it, to turn it into the new moral panic of the evil dangers of entertainment, I believe, is unwarranted.
Posted by Barna W. Donovan at 7:45 PM No comments: Links to this post

The Internet and paranoid thinking 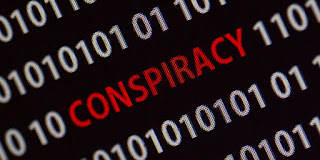 This New York Times video is quite a good overview of the current phase online conspiracism is moving through in its ongoing evolution. As I have been writing before, the details of the conspiratorial claims are no longer really what scholars of the phenomenon need to focus on and engage with - all the silliness of the Pizzagate and Illuminati New World Order claims have no evidence whatsoever to back them up and they are really not worth the time to argue with - but the dynamics of cyberspace technology and audiences of the disaffected who create communities around the claims are really the most fascinating and troubling glimpses of 21st century culture. As this Times story points out, the core of conspiracism now is no longer to make specific claims about aliens, reptilian "elites," the Antichrist, the New World order or the Freemasons. The new phase of the conspiracy culture had evolved to a state where all consensus knowledge must be denied. The "ask questions" mantra of Alex Jones and all his imitators boils down to a call to reject the very concept of facts and all evidence-based rationality. The modern world of "alternative facts," indeed. The 21st century at its most disturbing.
Posted by Barna W. Donovan at 9:39 AM 2 comments: Links to this post