Mammas Don't Let Your Babies Grow Up to be Conspiracy Theorists 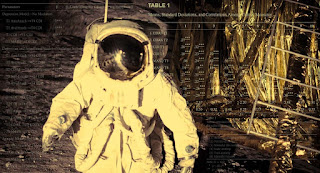 I am quoted in this article about a new study into the psychology of conspiracy beliefs. It's fascinating to read that insecurities kindled in people from the time they are infants will shape their predisposition to believe in fantastic, irrational, and unrealistic claims of massive conspiracy theories later in life. These findings are not surprising, though, as a growing body of research has been affirming that people who tend to be the biggest fans of the most outlandish conspiracy theories are also those who feel the most powerless, alienated, and insecure. "Individuals with anxious attachment are preoccupied with their security, tend to hold a negative view of outgroups, are more sensitive to threats, and tend to exaggerate the seriousness of such threats," the study says.

Raising well-adjusted children who are given adequate feelings of security and control in their lives might be a good start to help keep us from raising another generation of kids who will believe that the Earth if flat, that LBJ, J. Edgar Hoover, the Dallas police, Richard Nixon, Ronald Reagan, aliens, oil billionaires, Elvis Presley, Oliver North using a time machine, Frank Sinatra, and John Wayne shooting from the grassy knoll killed JFK.

Moreover, as I argue in the article, the educational system needs to do its part in teaching logic, critical thinking skills, and media literacy skills to help young people deconstruct the messages of paranoia hucksters like Alex Jones and the flat Earthers, to understand all of the underhanded and unethical communication tactics conspiracy theorists use to convince the gullible and unwary of everything from "crisis actor" conspiracy theories to the fantasies of the anti-vaccination crowd.

I incorporate such exercises in the class I teach about conspiracy films and American culture at Saint Peter's University. In their semester projects, students need to manufacture their own conspiracy, creating one using tactics such as the reverse scientific process to cherry-pick facts that support preconceived notions, inaccurately assigning causality between unrelated variables, and launching all manner of character assassinations against one's critics. Once students can see how easy it is to create vast conspiracies where none exist, they should hopefully be able to recognize all the flat Earth theories, Moon landing hoax theories, and 9/11 Truther claims for the simple parlor tricks they are.
Posted by Barna W. Donovan at 11:31 AM No comments: Links to this post