Except they forgot about Elvis... 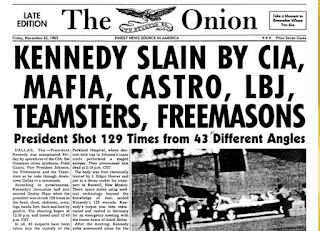 ...Elvis was also a part of the JFK assassination conspiracy!

OK, some childish humor in the middle of the night as I wanted to share this link to a very good piece CBS News did on conspiracy beliefs. The story focuses on the psychology and appeal of extreme paranoia. It is good to see the media's and academia's approach to the issue taking this turn. Whether or not conspiracy theories about JFK, the Freemasons, the New World Order, and the Illuminati are real are no longer questions fit for constructive discussion. They have all been disproven beyond a shadow of a reasonable doubt. All right? Deal with it! Lee Harvey Oswald acted alone, the Illuminati don't exist, and neither does the new world order. What both the social sciences and psychology need to probe at this point is why do people keep believing in things that are unprovable?

This story has some great information and excellent links to understanding the psychology of the conspiracy theorist.
Posted by Barna W. Donovan at 11:40 PM 9 comments: Links to this post

The latest in conspiracy fashions 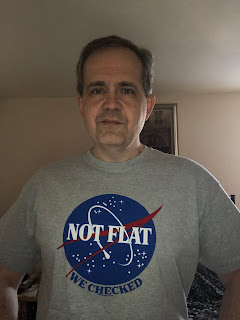 Another great part of the Philcon 2018 sci fi conference was finding the latest in (anti)conspiracy fashion. Even among people who like very imaginative, out-of-the box entertainment that encourages imaginations to run very far away, today's conspiracy culture has become a theater of the absurd.
Posted by Barna W. Donovan at 5:51 PM 4 comments: Links to this post 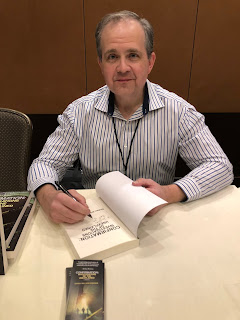 Well, the Philcon 2018 science fiction convention might have come to an end, but I’m still impressed by how much benefit can be gained for writers starting out in fiction, those working on staying in touch with their fans or establishing their fan base, or just networking with other writers, editors, an people in various positions in the publishing industry. As one of the panels on the marketing of one’s work – no matter how big or how small one’s publishing house is, a writer today MUST be ready to do a lot of selling – some 80% of book purchases are made by people based on the recommendation of their friends. So writers really do need to get out among the fans, make a good impression, sign autographs, and tell some good stories and give good advice on panels.

And yup, that’s yours truly, signing an autograph for someone who will hopefully become a devoted fan.

And she did say that the “dark side of conspiracism” premise of CONFIRMATION was indeed intriguing!
Posted by Barna W. Donovan at 2:30 PM 1 comment: Links to this post

My activity schedule at Philcon 2018 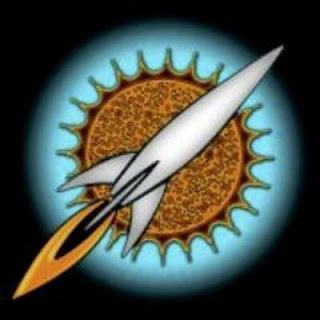 Now that I was able to finally get out of Jersey City after a night of being stranded in my office by a really nasty noreaster, I'm heading off to Cherry Hill, NJ, for the Philcon 2018 science fiction conference. The following is my schedule of panels, readings, and book signing.

Posted by Barna W. Donovan at 6:08 AM No comments: Links to this post